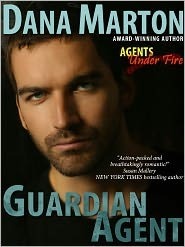 A commando unit on the trail of a rogue soldier.
A determined young woman who will sacrifice anything to save her brother.

Recognizing one of the hunters as her teenage crush is definitely a shock to her system. Can she convince him that her brother was framed? Can she stop from falling in love with him all over again?

Linda's Thoughts:
Jasmine hurried along the Grand Canal, dodging a group of diehard revelers, glancing back over her shoulder for the hundredth time. She couldn't see Gabe Cannon anywhere.
Her teenage fantasy man was hunting her brother. She sure hadn't seen that coming. Freaking surreal.
He looked just as good as when she'd first met him at that airport and had fallen instantly in love over pizza and chips. One of those unavoidable pitfalls of life, really. He'd been more handsome than any of her pop idols, and her teenage emotions had been just begging for an outlet.
She cringed in embarrassment when she thought of all the melodramatic drivel she'd written about him in her high school diary.

GUARDIAN AGENT by Dana Marton is an ultra fast-paced, intense romantic thriller that grabs your attention from the first page and never lets go. It is rather short novella at just over 60 pages but the character development surpasses that of many full-length books I've read. I read it in one evening - there was absolutely no way I could put it down once I started it.

GUARDIAN AGENT is the first in the Agents Under Fire trilogy  - each installment features an ex-military as the hero. The series embraces danger, non-stop action, dirty politics, blackmail, payoffs, espionage, undercover operations... and hot romance. This installment ends with a pseudo cliffhanger, but, thankfully, the rest of the series is available - so you don't have to wait to find out what happens. AVENGING AGENT (Jake Tekla's story) is the second book and WARRIOR AGENT (Troy's story) is the third. You actually now have two edition choices - you can buy the trilogy as three individual stories or altogether as the AGENTS UNDER FIRE box set. (If I had to do it all over again, I would have purchased the box set!)

GUARDIAN AGENT features Gabe Cannon as our macho hero and Jasmine Tekla as our feisty heroine. The story opens in Venice, Italy and much of the tale takes place there. Gabe is part of a private security team tasked with taking out Jake, his old Army Special Ops buddy, who has gone AWOL. Gabe's family desperately needs the money he's to be paid upon completion of his assignment. Jake is wanted dead or alive as he purportedly killed other Army personnel since going missing. However, Gabe has misgivings about the operation - something about it just doesn't feel right. On a stake-out, Gabe grabs someone he thinks is Jake - only to discover on closer examination that the prisoner is Jake's sister, Jasmine, who has developed alluring womanly curves since he last saw her. Jasmine claims her brother has been framed and her family needs Gabe's help. So... does Jake complete his mission or does he go against his orders and then what??? His teammates are on their way to Jake's hideout ... time is running out.

Following please find two more of my favorite quotes from this awesome read:

He registered the empty room a split second before she dropped on him from the storage shelf above the bathroom door, nearly knocking him off his feet.
"Hey. Stop that." He tried to twist to get hold of her, but his temple caught her sharp elbow and he saw stars. He staggered toward the bed and flipped her down at last, but she managed to hook her leg behind his neck and he ended up on the boom somehow, with her sittinbg on his chest.
Her wild, shoulder-length waves framed cheeks pink from effort, her chest heaving as she leaned forward to pin his hands next to his head on each side. She ended up with her fine breasts inches from his lips.
He could have subdued her in two moves, but he liked her on top of him.
---

“They faced each other in silence for a long minute, both of them clearly uncomfortable. He hated all the awkwardness between them.
To hell with that. He smiled at her. "So do I get to know what's in that diary?"
She blushed crimson. "That diary got you into this mess. You could have been killed. How can you joke about it?"
"No joke. I'm sincerely interested." An understatement. He would have given his antique baseball bat collection to know what she'd written about him ten years ago.
"I was a foolish teenager."
"And now?" He stepped closer.”

Dana's writing, as always, is exceptional.  Now I'm dying to read the rest of the series as I didn't initially purchase the box set (Durn it!).If you enjoy gripping suspenseful thrillers that keep you on the edge of your seat through-out with uber sexy military heroes, you won't go wrong with GUARDIAN AGENT! It's a thrill ride!!!